The equivalent circuit model for a parallel electrode impedance cytometer is analyzed together with Maxwell’s theory of homogenization of mixtures. It deals with both single shell and double shell cell modeling.

The results show that even small errors in parameter estimation lead to variations in model predictions. Furthermore, the possibility of differentiating different biological states at different analysis frequencies is evident from the modeled signal.

The study of cellular properties and the state of life of the cell is fundamental in research. Different analyzes show how cells with different vital states show different dielectric properties that can give rise to different measured signals.

We deal with the measurement using an impedance cytometer and the analysis of a simplified model. This model provides a circuit equivalent and is suitable for modeling the peak signal, with the cell between the two electrodes. The model also makes use of Maxwell’s theory of mixtures to homogenize the dielectric properties in order to estimate a single complex permittivity and therefore the resulting impedance of the system through which to derive the signal.

Despite its simplicity, compared to other more complete approaches such as FEM modeling, this approach allows to obtain very fast and useful results for the distinction between different membrane dielectric properties. The modeling and analysis of how changes in the dielectric properties of the individual constituents are then reflected on the modeled signal are then dealt with.

These properties typically mirror the cellular state of life and it is possible to use this modeling to distinguish signals from different cell families such as apoptodic cells, healthy cells or necrotic cells.

This model allows to describe the signal obtained in an impedance cytometer with parallel electrodes when the cell is between a pair of electrodes. The presence of the cell between the electrodes, together with the perturbation of the electric field, generates a differential current signal which is proportional to the diameter through the Clausis-Mossotti factor.

A simplified version of the signal will be considered in the following report, neglecting additional factors related to the properties of the measurement circuit, that is:

The circuit in fig. 1 provides for the application of a potential to the upper electrodes and the sampling of the signal from the lower electrodes, as a differential current [1].

By observing the path of the current, it will pass through the electrodes and then through the conductive buffer, possibly even meeting the cell. Each of these materials will contribute its own impedance.

These impedances are in series and therefore the measured signal will be:

Where the impedance 𝑍mix represents the set of cell and conductive buffer and will be described later through MMT.

Furthermore, in this signal, by rearranging the terms, an impedance difference Δ𝑍 = 𝑍mix – 𝑍med appears equal to the perturbation induced by the cell. This term is also much lower than the impedance of the medium and this allows us to neglect the quadratic terms and obtain a differential current signal equal to:

The electrode impedance is related to the surface capacity 𝐶𝑑𝑙 and to the size of the channel volume between the pairs. It turns out to be equal to:

The impedance of the medium is expressed through Ohm’s law, contextualizing it according to the volume of the channel:

Taking into account also distortion effects of the electric field through a geometric coefficient 𝐺. In general, complex permittivity can be expressed as:

These considerations are similar for the impedance of the mix where, however, the 𝜀 ∗ mix must be estimated using Maxwell’s theory of mixtures.

Maxwell’s theory of mixtures allows us to describe the complex permittivity of medium and cell as a function of their properties [2].

In particular, permittivity can be expressed as a function of the Clausius-Mossotti factor as:

In turn, this factor is expressed as a function of the properties of the cell:

Putting together what is described, we obtain the expression for the differential current in eq. (3), as a function of the Clausius-Mossotti factor:

Where 𝜑 is the volume fraction which takes into account the volume of the cell as:

And the measured signal, neglecting the dispersive contributions linked to the electrodes, is proportional to 𝑟3 (through the volume fraction) and to the Clausius-Mossotti factor.

For cells without a nucleus, such as red blood cells, it is possible to use a single shell model, based therefore on a thin outer membrane and an inner zone whose properties are homogenized as:

For larger and more complex cells it is necessary to consider a more accurate model such as the double shell where four different zones are considered. We consider an internal zone, corresponding to the nucleus, (np) and its membrane ne. To these are added the cyt cytoplasm and the mem cell membrane. In particular, homogenizations are carried out in sequence starting from the central area.

Applying a relationship analogous to eq. (11) we get to estimate the overall properties of the nucleus (nuc). Subsequently these can be joined through the MMT thus describing the cellular extension (int). Finally, homogenization is repeated (eq. (11)) between the internal area and the membrane, thus obtaining a complex permittivity for the entire cell.

These models are then applied to estimate impedance cytometric signals of different cell families in viable, necrotic and apoptotic state [3]. The parameters used, by De Ninno et al., Are reported in Tab. 1.

In order to represent the physics of the problem, the structure class variables were used within Matlab. These variables allow the addition of some fields and therefore the sequence of fields was used to represent the properties owned by the parent structure. For example, the permittivity of the cell membrane will be the 𝚎𝚙𝚜 field of the 𝚖𝚎𝚖 structure in turn the daughter of 𝚌𝚎𝚕𝚕.

A graphic scheme is present, for the double shell formulation, in fig. 4, and an example in the appendix. This structure, in addition to being representative of the physical element that possesses this property, allows you to iterate some procedures by taking the individual fields of different structures and to create a modular and easily extensible and updatable code. The code has a main routine main.m and several auxiliary routines.

The data is loaded through the data (flag) routine by passing the flag indicated in Tab. 1 to obtain the relative parameters and the structures 𝚌𝚎𝚕𝚕 and 𝚖𝚎𝚍. The main routine iterates over the different flags to then obtain the signal in fig. 3. For each iteration, after recalling the material properties, these are passed to the routine 𝚎𝚚𝚞𝚒𝚟𝚊𝚕𝚎𝚗𝚝𝚎𝙲𝚒𝚛𝚌𝚞𝚒𝚝𝙼𝚘𝚍𝚎𝚕.𝚖 which takes care of modeling the equivalent circuit and returning the signal as in eq. (1) and the homogenized complex permittivity (eq. (7), via 𝚏𝚌𝚖_𝚖𝚒𝚡 ()). To do this, it requires the calculation of the homogenized properties of the cell and the Clausius-Mossotti factor.

Calculation of the Clausius-Mossotti factor

From the obtained signal it is possible to obtain the electrical diameter as the cube root of the module and the results are shown in fig. 3a, together with the phase of the signal in fig. 3b. From the analysis of the graphs it is possible to identify different peculiarities depending on the families that you want to distinguish. By carrying out measurements at different frequencies it will be possible to distinguish between different vital states in the analyzed population.

For the double-shell implementation, simply enter the required fields for cellular properties. The parameters used, known in literature [4], are present in Tab. 2. After inserting the parameters in the properties of the 𝚌𝚎𝚕𝚕 structure, the MMT() routine takes care of doing the double homogenization and returning the values of the 𝜀 ∗ mix.

These values are graphed through the mix_plot () routine which takes care of normalizing the values and returning the graphs of 𝜀 and 𝜎 present in fig. 5.

Influence of variations in individual parameters

In addition, the influence of perturbations on the eight descriptive parameters of the double shell model is analyzed. Variations are made according to Irimajiri, Hanai, and Inouye [4].

The perturbation data is then loaded through the structure 𝚙𝚎𝚛𝚝𝚞𝚛𝚋𝚊𝚝𝚒𝚘𝚗_𝚟𝚊𝚕𝚞𝚎𝚜.𝚍𝚊𝚝𝚊 and the same procedure is iterated over the eight parameters. The result is present in fig. 6. An example of the iteration procedure is provided in the appendix.

Such evident variations of the homogenized properties can be used to extract information from cytometric signals in order to analyze the cellular state of life.

Different measured properties provide different signals and it is possible to use this theory to trace the differentiation between different cellular states from the signal.

By analyzing the equivalent circuit model with Maxwell’s theory of mixtures, it is possible to understand at what frequency to perform the measurements depending on the cell populations to be measured.

The code is available at the project’s GitHub repository.

Below is a snippet extracted from the data.m procedure within a switch-case on the variable 𝚏𝚕𝚊𝚐. This section of code allows you to load the structures 𝚌𝚎𝚕𝚕 and 𝚖𝚎𝚍 with their fields containing the dielectric and geometric properties, together with the double flag which will allow the relative subroutines to carry out the double shell homogenization.

Example of iteration for the perturbation of the permittivity of the cell membrane. The snippet of the variation of 𝜀mem is shown. A similar sequence is also used on the other 7 parameters analyzed. 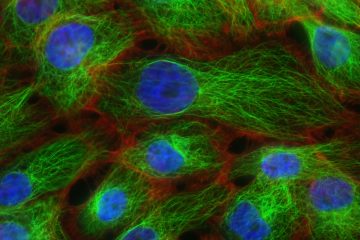 Microrheometer and viscoelastic properties of cells

The characterization of the mechanical properties of the cell is of great importance for estimating its biological state and physiology. Among the different measurement techniques, through the microrheometer it is possible to characterize the viscoelastic Read more… 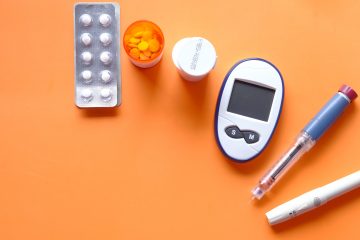 Glucose is essential for human life and its concentration in the blood is strictly regulated. Alterations in blood glucose are a sign of numerous diseases and several clinical tests are used for diagnosis. The IVGTT Read more… 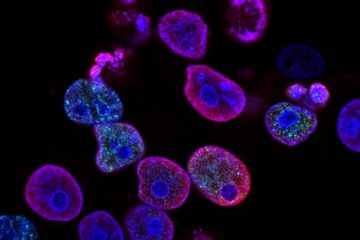 In impedance cytometry, various design and post processing techniques have been developed to improve measurement accuracy. One of the parameters that most afflicts cytometry measurements is the dependence of the signal on the position of Read more…