Gyroid and minimal surfaces for CAD

Realization of an elementary cell of a cellular structure characterized by a Giroid geometry in a CAD modeling environment, using Solidworks.

The minimum surfaces are particular surfaces geometrically defined as surfaces such as to minimize their own area. For these geometric conditions, derivable in differential geometry, it is shown that they are such as to have zero mean curvature.

You can get an idea of a minimum surface by observing the geometries created by the soapy water in contact with a metal frame. Many examples are available directly in kind.

Many of these surfaces were mathematically derived several decades ago but are available in implicit form. But they can be calculated and represented within numerical software (such as Matlab), it is not possible to define them within CAD modelers. Most modeling software only allows you to enter implicit equations and this requires some considerations to generate them.

This project starts from the requirement of having an elementary cell dependent on a single geometric parameter, on the thickness and then on the spatial repetition along the three main directions.

The following considerations, even if focused on the Gyroid, are valid for many other analogous surfaces. The first step is the analysis of the minimum geometry considered.

The gyroid is a triply periodic minimum surface represented by the following equation in implicit form:

The equation refers to a unit cell of side 2𝜋, centered at the origin, represented in fig. 1a. The base element is a triangular surface represented in fig. 1c. For the construction we consider as the basic element the surface inside the octant identified by the side cube 𝐿 / 2.

The previous equation must be particularized to the desired dimensions of the cell and centered with respect to its own reference system. In this case:

To identify the edges of the base element, simply consider the plane corresponding to one side of the cube and solve in the two remaining variables. You get:

Where 𝑥𝑖 and 𝑥𝑗 indicate the components on the directions orthogonal to the plane considered. By appropriately rotating the components, all 6 edges of the octant surface are described.

Instead, considering the cell at 𝐿 / 4 we position ourselves in the middle of the octant and obtain the curve:

To build the geometry in Solidworks we start from the octant. We start by building the edge curves using the function, in parametric form, which describes them within the 3D sketch. However, this does not allow us to set a single control parameter through which to scale the cell as desired.
A different approach consists in approximating the curve eq. (3) with an arc of circumference. To do this, it is necessary to estimate the ratio between the radius of the circle and the side of the cell equal to ratio = 0.63. We define a support cube that represents the octant (side side = 𝐿 / 2) and appropriately trace the arcs of radius radius = side ∗ ratio. For the following references we will use a unit cell with side 𝐿 = 1 cm.

Subsequently it may be sufficient to create a surface between the arcs with a fill. However, to ensure greater continuity of curvature, the following technique should be adopted. Support surfaces are created at a certain distance from the edges of the cube. In this case the optimal distance was estimated at side / 4 from each edge. Then wings are created from the outgoing arches perpendicular to the face of the cube and cut with the aforementioned planes. The central part is then filled, ensuring the continuity of curvature at least in this area. Then fill in the corners and join (surface knit).

So we built the surface of the base octant.

We then proceed by making 8 copies and translating them to create the cube of 2 × 2 × 2 elements of the unit cell. Then we proceed by rotating 180 ° around the appropriate axis. It is necessary to position the reference in the central point of the body itself so that the possibility of scaling the cell starting from the side parameter only is maintained.

After having appropriately rotated the elements it is possible to join the octants with the knit and give a thickness with thicken. Thus we have the unit cell.
The curvature is continuous on the edge corresponding to the central part of the fins. On the edge triangles there is only the tangency and continuity problems are created when 8 triangles meet in the central point.

The cell can be scaled by modifying the side parameter and automatically the whole model will be scaled by Solidworks, keeping the structure.
Furthermore, you can repeat the cell as you like using the linear pattern and providing the desired number of repetitions in the three directions. A first command on the xz plane with the transl and transl1 parameters and then all repeated along y with the transl2 parameter.

To have a better surface continuity between the cells it is better to replicate them first, then join them and finally give the volume thickness. Furthermore, this also allows to avoid the fact that the final commands (knit and thicken) ignore the repetitions made by the linear pattern if you change their number from the equations tool (fig. 7)

Verification of the reconstruction

To analyze the error made in the initial approximation and in the reconstruction, we randomly chose 10 points on the analytical surface, we inserted them numerically in a 3D sketch and we calculated the distance from the reconstructed surface. The results in fig. 8. The error is minimal at the edges but slightly higher in the corner junction areas.

To have a more representative and easy to interpret estimate, we reconstructed a mesh representing the analytical surface with the dimensions of the cell considered using Wolfram Mathematica and Surface Evolver. By importing the mesh into the modeling environment we used the Geomagic tool to make a deviation analysis (fig. 9).
From this further analysis it can be seen how in some points the project error of 1% is exceeded. 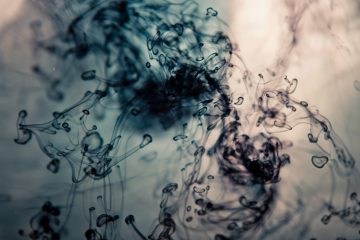